Christian Ramos has a reputation at ULC for being the “go to” guy for technical questions of any kind.

Fully devoted to his craft, Christian has led the floor in double side polishing for several years. Over the years, he has earned the respect of peers and customers alike, and we are proud to announce him as ULC’s new Optical Shop Manager.

The Beginnings at ULC
Christian joined the company in 2006 and started in high precision double side grinding on the 16B and 30’s machines.  After about a year in the shop, he moved on to the double side polishers at the 22’s and 30’s.  More recently, Christian received training from Chris Carrington in CP and Bob Milbauer (spherical polishing), both experts and mentors in their respective areas.

Moving on Up
With twelve years under his belt at the company, Christian feels prepared for his new role as a manager.   Soon after meeting Christian, President and CEO Bill Lannon told him that he anticipated him to be running the shop one day.  Now, having had time to learn the intricacies of the company and technical processes involved with production in Optical Shop, he is ready to embrace that role.

Company Values
Prior to working at ULC, Christian worked for a glass company making windows.  As someone who enjoys working with his hands, he has been quick to learn the many technical processes involved with optical manufacturing.  Christian appreciates the motivated culture at ULC and enjoys the creativity and challenge involved in making parts to narrow specifications.

Outside of Work
Christian is a family man and enjoys spending time with his wife of seven years and his three girls, ages 11, 5, and 4 months.  Born in New York City, Christian moved to the Dominican Republic at a young age and spent the first two decades of his life there.   He later moved back to the U.S., eventually to Massachusetts to work with a childhood friend. He maintains close ties with his friends and family in the D.R. and just visited over the holidays.  When he’s not working or spending time with his family, he enjoys basketball – his talent in the sport earned him prestigious scholarships in school and quite a reputation in the DR.

The entire ULC family is truly excited and proud to have Christian managing the floor.  We believe that his hands on skills, expertise, and the earned respect of his peers will make him a successful manager and leader- one that will help the company nurture and cultivate that department.

The 2019 Photonics West Conference & Exhibition is returning to San Francisco’s Moscone Center on Feb. 2. Hosted by renowned International Society for Optical Engineering (SPIE), this year’s five-day event is comprised of the BIOS Expo, the Photonics West Exhibition, and other exclusive sessions. United Lens Company (ULC) returns as a seasoned exhibitor of Photonics West. To learn more about our capabilities and products, visit one of our representatives at Booth 1467, South Hall on the Moscone Exhibit Level.

Photonics West is widely considered the premier event of the photonics, optics, and laser industries. With each event, SPIE works in tandem with top-level professionals to provide attendees with product insight and unique networking experiences.

The Photonics West Exhibition—beginning Feb. 5—is geared toward photonics and laser devices, components, and integrated systems. This year, over 1,300 companies will be exhibiting (and demonstrating) their latest innovations to event attendees.

See the future at Photonics West 2019

Registration for the 2019 SPIE Photonics West Conference and Exhibition is currently open. Remember to visit ULC representatives at Booth 1467, South Hall on the Moscone Exhibit Level. 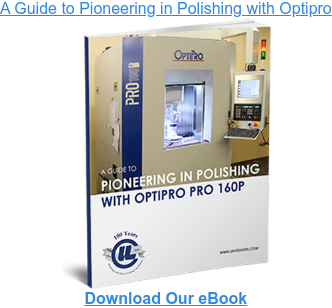